Human Nature Got Compoundingly Messed Up! All Because Of Insurance. How To Change?

Insurance business is about insurance contracts. It is important to know what is important. Be positive and upfront, always do the best, tell it straight and to the point. Say what you mean, and mean what you say. From very beginning. Accuracy assured! Save time and save cost. No misunderstanding. Must be in writing. Because, talking is one thing, reality is another! Even when it is something that people don't like to see or hear. That's Utmost Good Faith to reach True Agreement of Minds! Both are the fundamental principles of insurance business and anything insurance. However, people just run away from reality mostly. Don't like to face reality and deal with it. Most only prefer enjoying their right and authority, including privilege and entitlement that come with, but no responsibility or risk!

Such innocent ignorance and inability about reality are often taken advantage of by the unscrupulous, for gains, or simply human weaknesses! Not doing what is supposed to do, just don't care, and don't know, worse even, doing what is not supposed to do! As if encouraged and allowed, throughout the systems and layers! Awful outcome is the only outcome when ignorance and inability are purposely left in place or even created more and made to interact and combine. Just let them continuously and negatively feeding on each other? That's how insurance becomes no insurance in the first place! All costs rise yearly, and insurance cost goes the other way? How can claims be paid? How can profit be made? No need for any maintenance, or claims? Therefore, just end up selling insurance but don't want to insure, and of course also don't like to pay! Without admitting it, yet with excuses instead, relying on rules, regulations and guidelines made and applied freely anytime as needed! Can be merciless, ruthless and unethical too, if need to! Examples: what if underwriting guidelines are not really about underwriting? And notice is crafted to be unnoticed! Even sadly, insurance solution that is no solution! Predators or bullies? In action, and in disguise! Is that success? Positive and measurable? What success anyway? And whose success? More harm ensued, not insured! Shattering absolutely everything decent and moral as taught in school, and church, into dust! "Nothing personal, it is ALL business"! Easy to say, but what business are we in? Isn't insurance business about insuring risks and paying claims? Trust? Peace of Mind? Sense of Security? Relationships? Make easy? All just hollow perceptions, as something good and soothing to hear, but misleading! Insurance literacy? Actually illiteracy, camouflaged and orchestrated! Adding more ignorance and risks! Only if nothing big happens! Or, disappointments just in the waiting! In fact, trust is a sign of don't know, unadmitted and uncontrolled! What to do? The key is, you have to trust yourself first. And trust has to be built! At the end, Insurance Business is a study of human nature! "Insurance is a people business", so true, yet simply misunderstood, misperceived, and misapplied! It is one industry foundation flaw, amongst many. All overlooked and unrecognised!

Risks exist with human existence. More people involved, more cost and even more risks! The world is full of people. And insurance is everyday business that touches on everything and every intelligence! Risk is the reality. Real. Just when. NOT perception. 'Perception is reality' is baloney! All because insurance buyers usually don't know much about insurance. On top, they don't like to pay either, whether in buying or claims! They think accident will never happen to them! Buying insurance is commonly mistaken as an unnecessary expense. All they know is expecting everything covered, even beyond and more, and at the cheapest price! Is that insurance? Or just ignorance about reality? For insurance providers, is it a disadvantage, or in fact, being turned into an advantage? What happens is, make people think they are insured, just give them what they want and like, but skip on what they need! Actually, what they need is to know what is not covered before it happens, in clear exact applicable terms! So, just let human nature all fooled and intermingled together in an Utopia playground, particularly human weaknesses such as complacency, greediness, selfishness, jealousy, afflicting harm, exercising authority and playing games, with impunity, ............and schadenfreude, and let them run wild and free! Wait till claims! At which time all claims will be subject to policy wordings and other considerations, and dealt with by different interests and departments anyway! A stampede to exit. Especially big claims! The insurance "product" suddenly becomes a policy contract working against the policyholder who paid! Undermining the "insurance" sold, and promises made! THIS POLICY CONTAINS A CLAUSE WHICH MAY LIMIT THE AMOUNT PAYABLE, what does that actually intend and imply? For trading dollars? Or claims become just a marketing tool? At whose expense? Who to call? Nobody cares! Getting the lawyers involved? But after all that, who loses? And who wins? Is that what insurance all about, and means?

The whole insurance system and business model is like surreptitiously being made to become a conflicts and wrongs incubator! A pointing finger game! For delaying, deferring and avoiding claim settlement payments? Very weird and treacherous! People would just learn and copy the approach and the tactics same, bit by bit, and become even more so! In every sector of human activities in societies! That's how the world's economies and cultures developed, almost in line with how insurance business has evolved! But all in the wrong direction. Those who are victimized and suffered cannot seek help or do proper, all because of the said old joint, networked, and coordinated wrong insurance system and business model operating in a regulated and manipulated Insurance Industrial Organization structure by which people are voluntarily or involuntarily confined, conformed and submitted to, including education, licensing and training, in the form of institutions, authorities, and establishments, and all the tactics and consequences thereof! Free market? Something is bad, ugly and wrong, in how it is done! What is important simply forgotten! Basically making wrong become right, and right become wrong! With costly justifications! The fundamental principles of insurance business are tarnished and sabotaged, and then hijacked!

In whole, an entirely warpy, crooked and wrongly designed "flywheel system"! For wealth creation? Everybody is dragged into it. Including claims liability avoidance and conversion, and transference! Reserves, surpluses and investments? Only financial engineering! It is more than about unspecified OPM (Other People's Money)! And more than a "No need to pay" game! All gain-motivated, legally and politically manoeuvred, and then simply allowed. Not only on rules and cases, and not only denying and declining claims, but market supplies and demands, including access restrictions and exclusions, or simply outright terminations! As such, making gains not by making things simple easy and direct for consumers, but the opposite! End up driving business away discriminately, as part of the said old traditional Insurance Business Model, and making insurance business more complicated, inconsistent, unproductive and wasteful instead! Business Development? How? For the interest of general public and consumers? Yet who might not even know what's going on, nor understand! Asymmetries, not just knowledge asymmetry, are pre-installed. Freedom to choose is limited, and even stopped! Business ethics and morals, and in terms of Corporate Social Responsibilities (CSR), totally breached, and all become exploitable, 'sacrificiable', and dispensable! Just to cover up, and to reinforce giving up and don't care, as it goes along! Making things easy? Easy for what? The ends justify the means! But again, at whose expense? It is an entire invisible global set up! Everybody and all trades of various interests and professions are immersed in it together, directly and indirectly. Because even insurance investors have to buy insurance too! Customer care? No Care! Frankly, as a whole, just like a 'never need to repay bank overdraft account', under a scheme of permanent inequitable reverse subsidy, and also a financial punch bag! Who and what are behind it all? Like it or lump it, all reasoning and senses are twisted, and tossed, with a global stir-fry of unreasoning and unfairness, and with more ignorance and inability being created and accumulated over time. In all, an endless repeats of multi faceted vicious cycles, on auto-pilot! Unfortunately, that also makes people become even more unpredictable and vicious! They will just learn and do the same, and do more, whenever and wherever opportunity arises! Creating and adding more risks! Appreciation and gratitude are rare! More "insurance"? Going after more gains? Same old same old? Precipitating an unseen ever expanding economic and societal screwup! There goes good human nature and our society! No need to change? Don't know how to change? Not dare to change? Actually don't want to change! And in fact, not allowed to change and do what is supposed to do! It is how the world has become. Need more techs? And more digital? To further masquerade? Add sunk cost! Finally, runoff, or M&A. And then repeat?

Should We Allow Our Ignorance and Inability On Ignorance And Forgetfulness Of The Past To Continue?

What's in a name? It is more than just the name!
Instead of telling you to buy the cheapest, we will tell you what's truly important.
A mindset Disruption.

People say, "The more things change, the more they stay the same?"
Change but actually no change? Disruption that does not disrupt anything?
So that Insurance Business can stay the same old forever?
At whose expense, actually? It is usually the most obvious that people don't see! 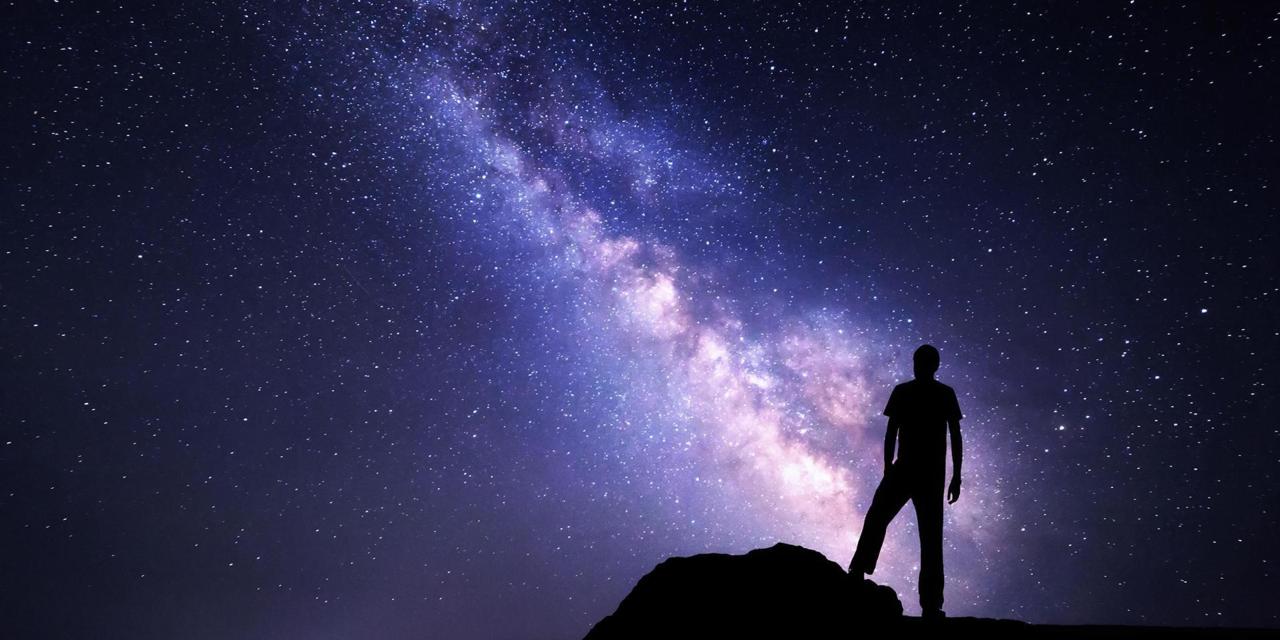 For your protection, when buying insurance:
Ask what is not covered, in real applicable and sure terms.
Confirm everything in writing on vendor company letterhead.
Beware of all the ifs and buts, and also the subjects.
Never sign blindly. Always retain a copy of whatever you signed.
Don't mislead yourself by what you like to see or hear, or just have a ' product ' !
Trust only what you can read and truly understand.

To Know, Understand, and Change Insurance For Real